In Gindo we painted two classrooms and the dining hall. We asked if they had a ladder– so they went out and made one from trees. When we took it into the room, it was 3 feet too long to use- so they took it outside, sawed off the bottom 3 feet, and then gave it back to us It was quite unsteady so required someone to hold onto the bottom when in use but it did the job! 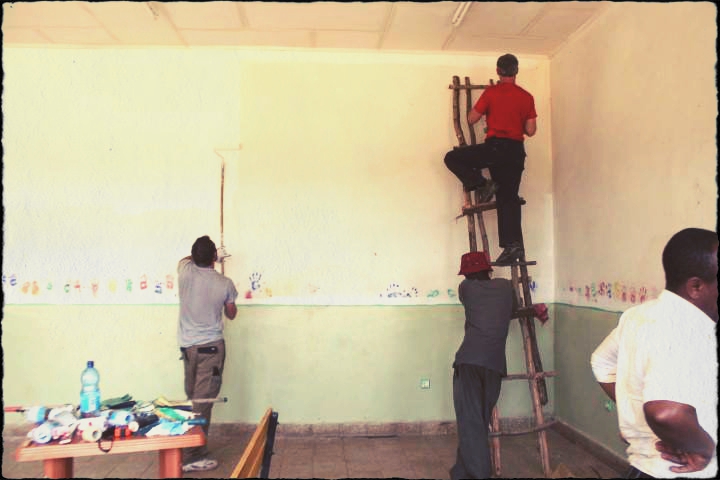 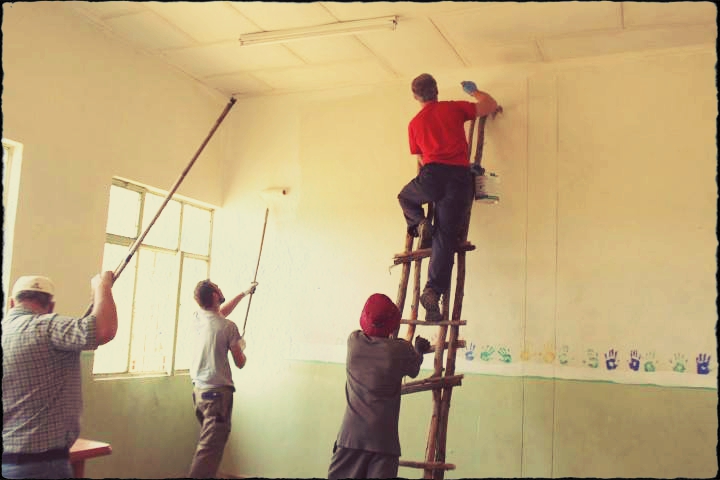 We first did all the upper part of the room in white, then the second day all the lower parts in Green. 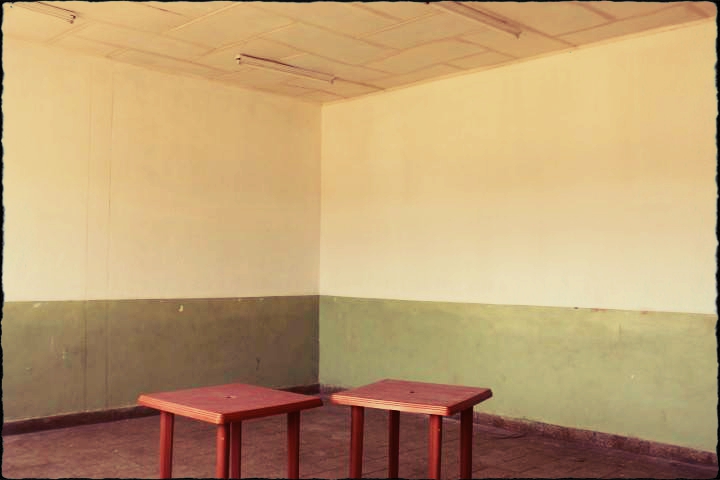 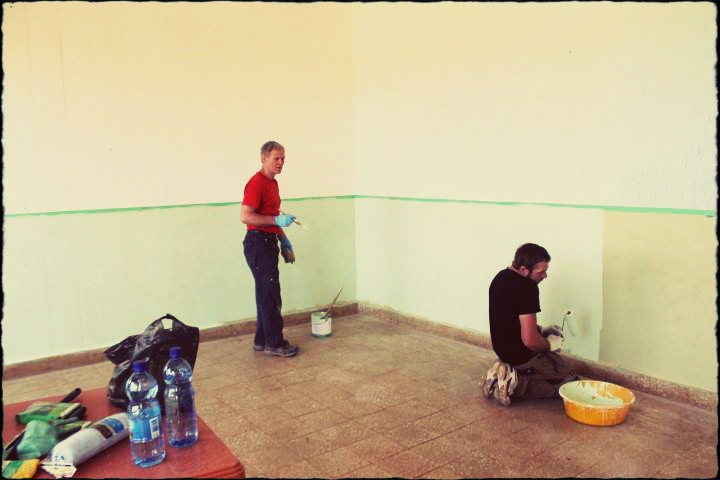 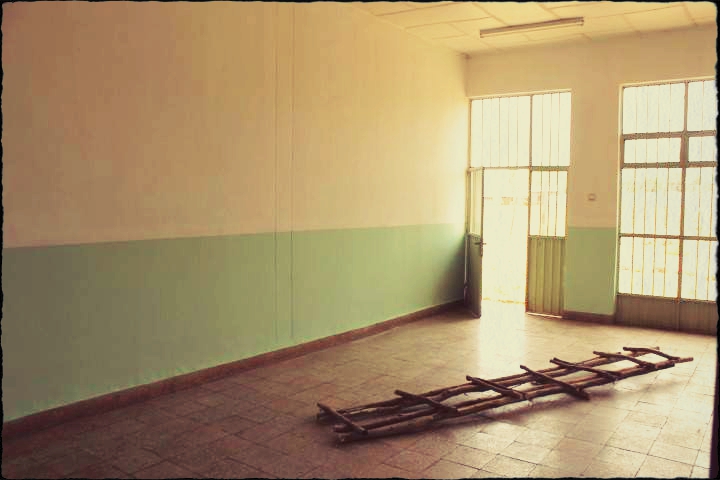 Dining hall completed and hand made ladder on the floor.

The following post was written by one of our volunteers on the February Expedition, we want to be able to share these trips through their eyes and words. Thank you to Shelly for allowing us to use this post.

What Did You DO?

This trip to Ethiopia, for me was very different from other trips I’ve been involved in. We signed up as part of an Expedition which meant that we were travelling with an organization that has been working in Ethiopia for the past 10 years. The founders, Dr. Dick and Deb Northcott, have been travelling to Ethiopia over the past 21 years, since adopting two children from there.
Canadian Humanitarian (known in the US as Kids Hope Ethiopia) is an organization that I wouldn’t hesitate to send people with. The trip was well organized, their local partners were amazing and did a great job of figuring out logistics with a large team of nurses, doctors, audiologists and construction workers all in the mix. Our guys were able to have supplies ready and available for the most part, and when they needed something extra, men like Bisrat and Ketema were able to take them to the best places to find what they needed and to get them back to the worksite in a timely fashion, which is no small feat in a congested city of millions.
Our role in this expedition was to refurbish a couple of the education support centres that were falling behind in maintenance and getting run down. Stick and mud constructed buildings with 70+ children coming through on a daily basis…imagine the wear and tear. The guys did a great job patching and putting in supports for doorways, filling holes and filing down doors that no longer would close due to the shifting foundations. My role in all of this was to make sure the guys had water when they needed it and to paint when they had finished patching and pasting.
One thing about working with guys like Ken and Wayne and Dan and Dave…they never felt they had done quite enough. They worked hard from the moment they got on site and would have continued to do so had we not literally cleaned up their tools from under them and sent them back to the vans at night. There was much work to be done but they took it on and did a really great job. It’s quite something to watch skilled workers look at something that has been left undone for so long, simply because it’s beyond what someone could figure out to repair, and just get it done, not just done, but with a pride of workmanship and skill that really stood out.
The funniest part about working in Ethiopia with these guys was some of the circumstances they found themselves working in. Like painting an entire, windowless room in the pitch black by headlamp because the power was out. Or, arriving to plaster and paint at a care centre that was preparing meals and a birthday party for over 70 kids on site. We laughed at that one, who would invite kids over for a birthday party and then decide to paint the room while it was going on? And yet, we got it done with minimal painting of children…and honestly, having the laughter and shouts of children in our ears reminded us exactly who we were working for.
It’s not often on a trip that I get home and am able to pinpoint a tangible contribution but on this trip, though my skills didn’t really come into play, I do want to just leave you with some photos of the work that these guys took on. The education support centres play an important role in the work that Canadian Humanitarian does in Ethiopia. Children are able to have a safe place, where they are equals, to come and play, get support with homework, have an adult to listen to them and help them with the struggles of their often difficult lives, and to get a nutritious meal every day. The guys on this team left these places better than they found them. Safe. Bright. Clean. Welcoming. 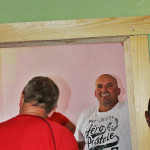 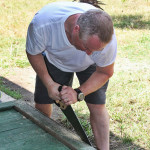 no saw horse or power tools, but Wayne gets the job done

Ketema and Ken cut in at Kersa Education Support Center

Diana, our Ugandan travel buddy, paints alongside us 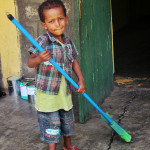 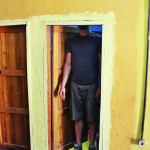 Dan finds his height an advantage at times, and at others… not so much 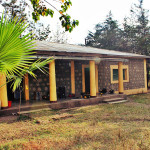 The Kersa Center – this was a building left to Kids Hope Ethiopia (Canadian Humantiarian) by another NGO that left the area. 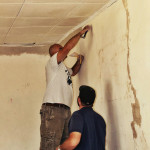 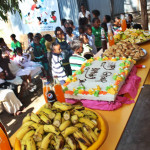 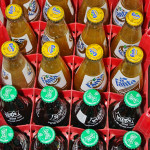 Pineapple Fanta and Sprite make it a party! 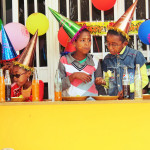 the kids with birthdays sit at the place of honor, and are treated to cake, fruit and pop! 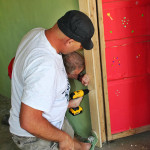 Ken stabilizes while Wayne drills into the mud and stick doorframe 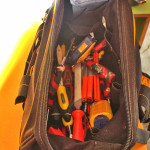 some of the many tools donated for the expedition 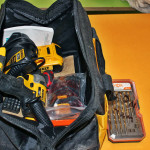 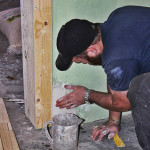 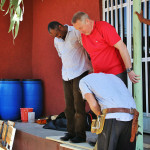 Abenezer and Wayne provide counterweight so Dan can saw wood 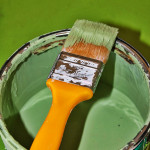 Green is the colour! 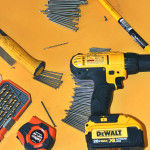 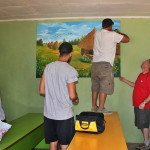 the crew with the local education support program workers 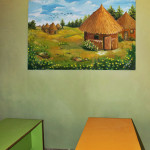 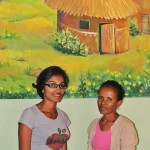 I would be remiss if I didn’t thank again, those who donated supplies to our trip. There were several of you who just passed along a ten or a twenty dollar bill and we used that to buy paint and brushes. There were companies in our city who wish to remain anonymous, that donated all the tools for the work we did, and we left those in the hands of Canadian Humanitarian in Ethiopia for their future use. There were those Pier 1 girls, again, who just continue to be supportive and gather painting supplies or money or just write me a note to let me know they’re with me…I love that you’re with me when I go. Especially, a little friend of mine in California, who prays for me every day that I’m gone or as I’m preparing to leave…Sienna ~ you are changing lives already. You are such a great prayer buddy and I’m so thankful to know that when I’m travelling far from home, you’re thinking of me and praying for me. It means so much! You’re the best. Enjoy the photos….you’re all in every one.